Nokia performs data-driven analysis to create a visualization of their processes which communicates a clear understanding of the processes.

“It is highly beneficial to visualize the project management processes from ERP data to have a foundation for process improvement.”

2017 was a landmark year in many aspects for QPR ProcessAnalyzer. With the rolling, agile release cycle in effect, QPR ProcessAnalyzer has made big improvements over the 12 months. In this blogpost, we take a look at the two major development points of this year and look forward on what the next release will bring with it.

One of the major development initiatives this year has been the implementation of QPR ProcessAnalyzer into the QPR UI platform. QPR UI is a responsive, web-based, platform that offers an unified point of access for QPR software products.
Instead of accessing the analysis through standalone client or an Excel Add-In, QPR ProcessAnalyzer can be used in a web browser of your choosing which enables you to access your analysis from anywhere you might be. Unifying QPR UI with QPR ProcessAnalyzer makes your process analysis much more visually stunning and accessible for your decision makers. One important feature during 2017 was the introduction of two analysis windows made the analysis much more deeper. Having two windows for performing analysis, performing drill-downs are much more easier and accessible than ever before. The amount of analysis and findings made throught them was also increased, allowing for customizable analysis views with just a click of a button. The key aim of implementing QPR UI was to create a much more responsive and accessible way of visualizing your process data. Using modern web based presentation techniques, the QPR UI version of QPR ProcessAnalyzer presents a new way of doing process analysis.

Another major addition to the QPR ProcessAnalyzer feature-set was the introduction of In-Memory Mode. Improving Analysis Performance has always been a constant in our development roadmap and with the introduction of the In-Memory Mode, we were able to take our performance boost further. Instead of running from the hard drive of a databas server, the In-Memory mode loads the analysis model automatically into the memory of the QPR ProcessAnalyzer server. This in turn enables the operations
to be run immediately and without delay, providing heightened process analysis performance. This development initiative dived deeply into the back-end of the product and revamped the way analysis is handled by the system. This feature has been viewed as one of the major new improvements this year and it is still being improved on, as our Research and Development team is constantly finding new ways on how to improve the back-end performance of our product

So what is next?

QPR ProcessAnalyzer is constantly being developed and every 6 weeks brings in a new version of the industry recognized process mining software. We will be releasing the final release of the year 2017 on December 19th. This release brings forth new features, such as expanded filtering options and KPI calculations brought into the product. Other improvements include improved performance and further development of the in-memory mode.

To watch a showcase of all these features and a discussion about the future plans for QPR ProcessAnalyzer, check out our webinar below.

2017 was a great year for QPR ProcessAnalyzer as the software had a total overhaul during the year. The front-end of QPR ProcessAnalyzer was revamped with the introduction of QPR UI and the subsequent developments brought significant performance improvements to the back-end of the product. 2018 promises to be even more greater. We look forward to sharing this journey with you!

Processmining – KPI On Time In Full

Were you always keen to know exactly how your company performed On Time in Full delivery of orders? In this recorded webinar you will learn all about this important “On time In Full” KPI or waht OTIF is all about. You will be surprised. 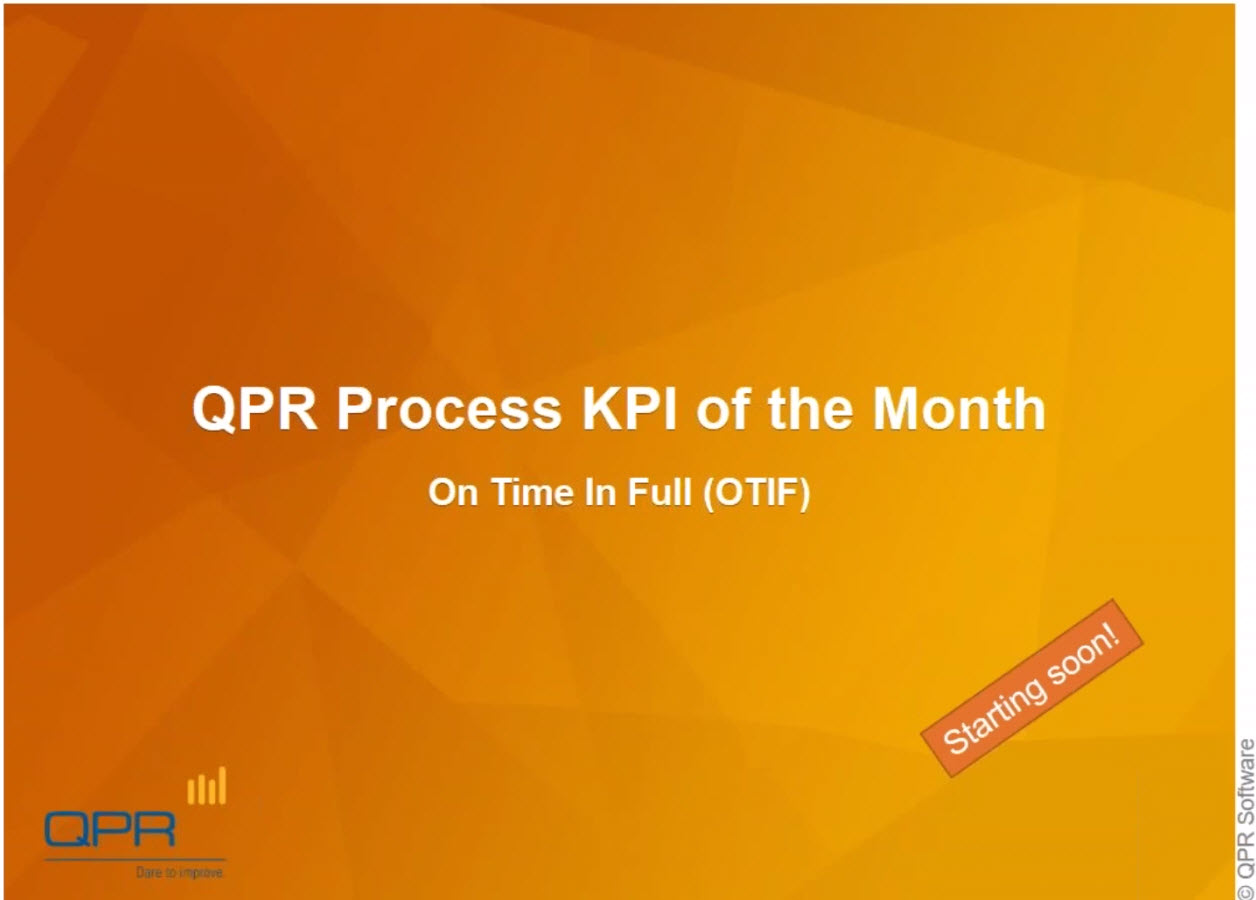 You need to be registered at community.qpr.com for access to the webinars, thank you

We are happy to present to you our updated website. The Blog will be frequently updated with interesting and valuable topics.

The Fovea team is looking forward to receive your feedbacks, suggestions and error reporting. (nobody is perfect)